Newest, beautiful, single women now added for week of Wednesday, 29 June, 2022 - Tuesday, 5 July, 2022
Your opportunities here are truly worldwide. Explore our site deeply to see how you can realize that!


Why You Should Visit Latin America 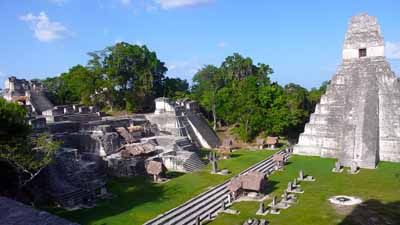 Visit Latin America and discover its beauty, history, and culture.

Latin America is a group of Latin countries in the Americas. Despite their differences, these countries have some things in common; awe inspiring natural and man-made wonders, and beautiful Latin women.

When you visit Latin America, the first thing you will experience is the Latin people’s warm hospitality. They are always welcoming to visitors. With a region that is full of beautiful landscapes and people, who wouldn’t want visitors to come for a tour?

Latin American countries have some of the world’s best beaches. For one, Cancun in Mexico is rated as one of the top beach destinations in the world. It features fine sand beaches that stretch throughout the Carribean.

Not only is Latin America known for its attractions, but it is also well-known for its raving nightlife. Here is where you will find world-class DJs spinning to the beat of modern music, all while stunningly beautiful Latin women mingle and hit it on the dancefloor.

There are 27 countries that make up Latin America, and it is no question that they have unique features that you cannot find anywhere else in the world. What they have in common is the fact that at one point in time, an ancient civilization ruled the lands and where considered to be highly advanced for their time.

Because of this, Latin America has become one of the most visited regions on Earth. The mystery of these ancient civilizations certainly bring curious visitors to Latin America.

Here are some of the best places to visit in Latin America:

Cancun is a Mexican city in the Yucatan Peninsula. It is well-known for its beautiful beaches and beautiful women. If you are looking to party all night and enjoy the sun all day, Cancun is the best place for you.

The Galapagos Islands are a group of volcanic islands in Ecuador. The island is best known as the observation point of Darwin’s theory of evolution, studying animals in the Galapagos. The Galapagos is one of the few islands in the world that is home to some endemic species.

Like the Galapagos Islands, Easter Island is a volcanic island in the southeastern Pacific Ocean. The island is known for the 1,000 extant monumental statues called Moai, created by the Rapa Nui People. It is said that the statues used to be standing monuments, all of which have been buried over time. All that’s left for tourists to visit are the heads on Easter Island.

The Great Blue Hole is a giant sinkhole off the coast of Belize. It is a popular diving spot for daredevils. Despite the dangers of diving in a blue hole, many divers take it as a challenge and dive into the abyss of the Great Blue Hole. The hole is approximately 124 m deep and 318 m across. The water in the hole gives off a dark blue hue compared to the shallower water around it, hence its namesake.

Cartagena is a port city in the Carribean coast of Colombia. It is an old city founded in the 16th century. With its cobblestone roads and colorful colonial buildings, Cartagena is like a piece of a time capsule preserved in time. This romantic city is best for couples who enjoy bicycling around the city and strolling along the beaches.

Tikal in Guatemala is a site of a Mayan ruin. Tikal features step pyramids that goes way back when the Mayans prospered in South America. Tikal Temple, one of the largest Mayan pyramids, can be found in Tikal, Guatemala. This is a must-visit for people who are into historical and archaeological ruins.

Machu Picchu is a citadel in the Andes Mountains. Built in the 15th century by the ancient Incas, it was eventually abandoned, leaving behind the ruins of a civilization that dates back to the era of the Mayans and Aztecs. If you fancy a trek through the Andes to explore ancient archaeological ruins, then Machu Picchu should be on one of your stops in Latin America.

If you want to learn more about Latin America – its people, history, culture, traditions, and even travel tips – don’t miss this chance to become a part of the best online dating site in Latin America. Join us now and sign up for FREE! You could be one of the few lucky men who will travel to Latin America with us!

Newest, beautiful, single women now added for week of Wednesday, 29 June, 2022 - Tuesday, 5 July, 2022
You have to meet the women to marry them! What other international dating site offers you numerous opportunities to do that?